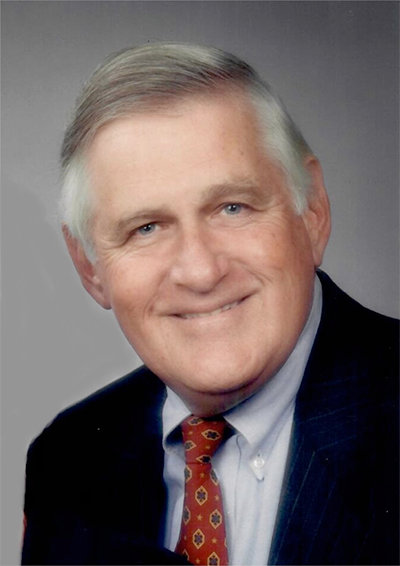 B. Gerald (Jerry) Reynolds, 77, passed away peacefully in his home in Estero, Florida on April 28, 2021 surrounded by his beloved family. Jerry was born on August 19, 1943 in Fresno, California the son of Barney and Elaine (Sevatson) Reynolds. He had been a resident of Estero since 2002 coming from Bloomington, IL.

He married Peggy McShane on June 6, 1970 and they were blessed with over 50 years of marriage.

Jerry attended Drake University and Drake Law School where he graduated a member of the Order of the Coif. He was the former Vice President and Corporate General Counsel at State Farm Insurance where he worked for 33 years before retiring in 2001, and was a former McLean County (IL) Board member.

Jerry enjoyed following his grandkids activities, golf vacations with friends in Michigan, and family trips to the beach. He was a member of Our Lady of Light Catholic Church and Grandezza Country Club in Estero, FL.

He is survived by his beloved wife, Peggy; children, Michael of Normal, IL, Matthew (Kelly) of Chandler, AZ, Gregory (Brooke) of McKinney, TX and Heather (Rob) Bankoske of Naples, FL; grandchildren, Reagan, Mallory and Charley Reynolds, Ben and Callie Reynolds and Alana and Mila Bankoske. Jerry is also survived by his brother, Tom (Carol) Reynolds and his sister, Cindy (Dick) Eyster, and many nieces and nephews.

He was preceded in death by his parents, Barney and Elaine Reynolds.

A celebration of his life will be planned for the fall of 2021.

In lieu of flowers, donations in his memory can be made to Hope Hospice at Hope Hospice Development Dept. 9470 HealthPark Circle Fort Myers, FL 33908 or online at hopehospice.org.

To sign his guest register or to leave online condolences please visit www.ShikanyFuneralHome.com.

Arrangements are being handled by Shikany’s Bonita Funeral Home Family Owned and Operated Since 1978.