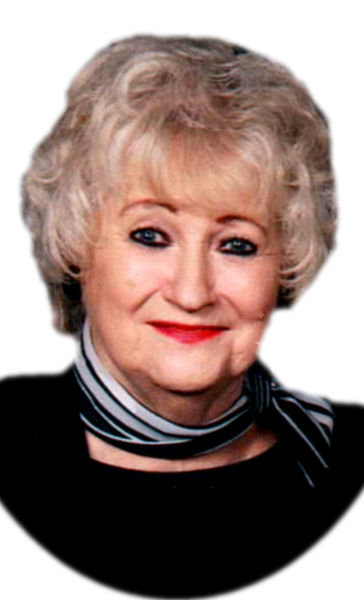 Beverly June Stiles, was born on June 15, 1934 in Mason City, Iowa to Marvin E. and Bernice L. (Theesfeld) Mulhern. She passed away at the Emmetsburg Care Center in Emmetsburg, Iowa on April 7, 2020 at the age of 85 years.

Bev attended and graduated from Mason City High School in 1952. Following graduation she was employed with Northwestern Bell Telephone office in Mason City. Bev was united in marriage to Leland Stiles on August 6, 1954 in Sioux Falls, South Dakota. She continued to work for Bell Telephone Company in West Union, Iowa, while Leland attended college. In August of 1958, the couple moved to Graettinger where they made their home for the next 50 years. During this time, Bev stayed at home to raise their three children Kevin, Leian, and Marcie. She stayed busy enjoying decorating and painting their homes. The family held close the relationships that they gained by the many different neighbors that they had both while living in town and in the country. When the children were grown she went to work for Chris Fashion in Estherville, Emmetsburg, and Emporium. Bev and Leland managed the Hillcrest Golf and Country Club in Graettinger from 1975 - 1976. She also helped to manage the Estherville Country Club for three seasons, with Leland after he retired from teaching. They began wintering in Florida in 1992 and became full time Floridians in 2008, when they moved to Sebring. They recently moved back to Emmetsburg to be closer to family.

Beverly was a member of the United Methodist Church in Graettinger, where she had served as her circle's secretary/treasurer and reporter for WSCS. She was also active in teaching bible school, helping with the church junior choir and the Awesome Auction for several years. Bev was very active in many Graettinger events and groups, including; Graettinger Woman's Federated Calubaso, Woman's Club Style Show, Labor Day Diamond Celebration, Labor Day Centennial Celebration, Labor Day Committee, County Cancer Society, Unicef, and as a city election judge. Bev and Leland enjoyed golfing and were the Hillcrest Couple Membership Champions in 1991. They continued to enjoy golfing and trips back to Iowa to spend time with their children and grandchildren after their move to Florida.

Beverly is preceded in death by her parents, grandparents, and daughter-in-law Patrica M. (Clipperton) Stiles.

Due to state and federal guidance on gatherings due to the COVID- 19 pandemic, the family will delay a public memorial service to a later date.

Online condolences may be left for the family at www.henryolsonfuneral.com. Cards may be sent to: Stiles Family, PO Box 96, Manson, IA 50563.