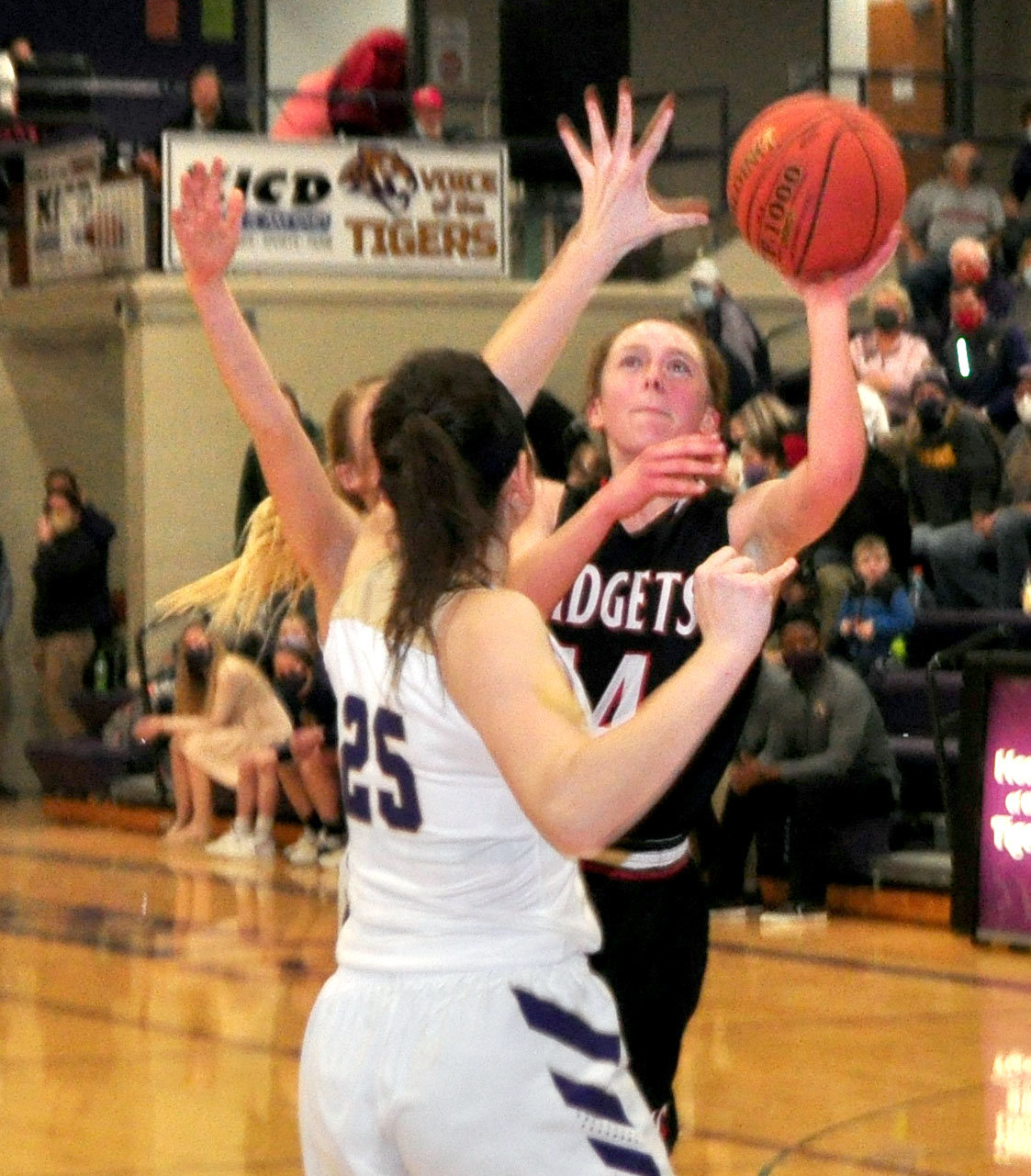 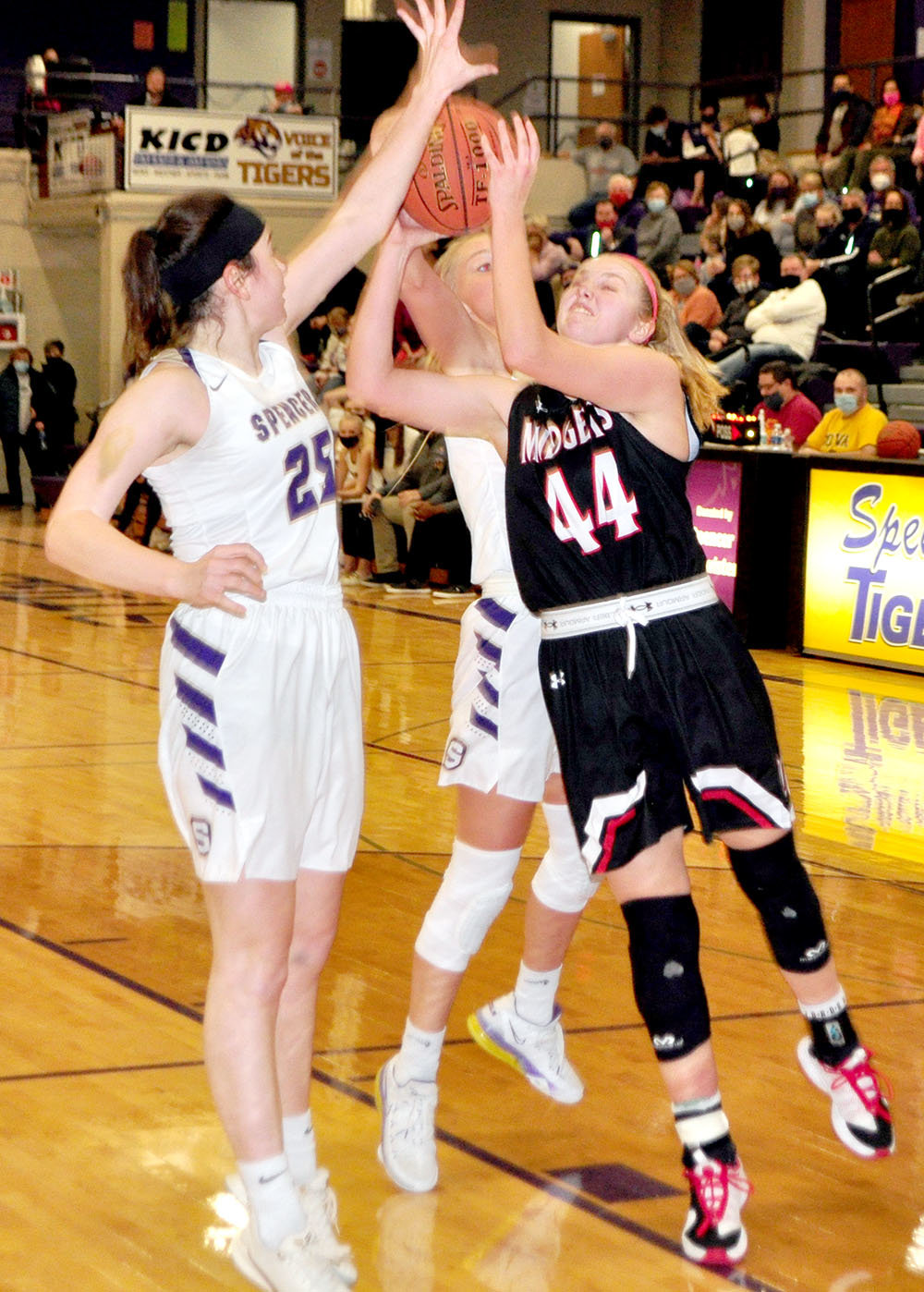 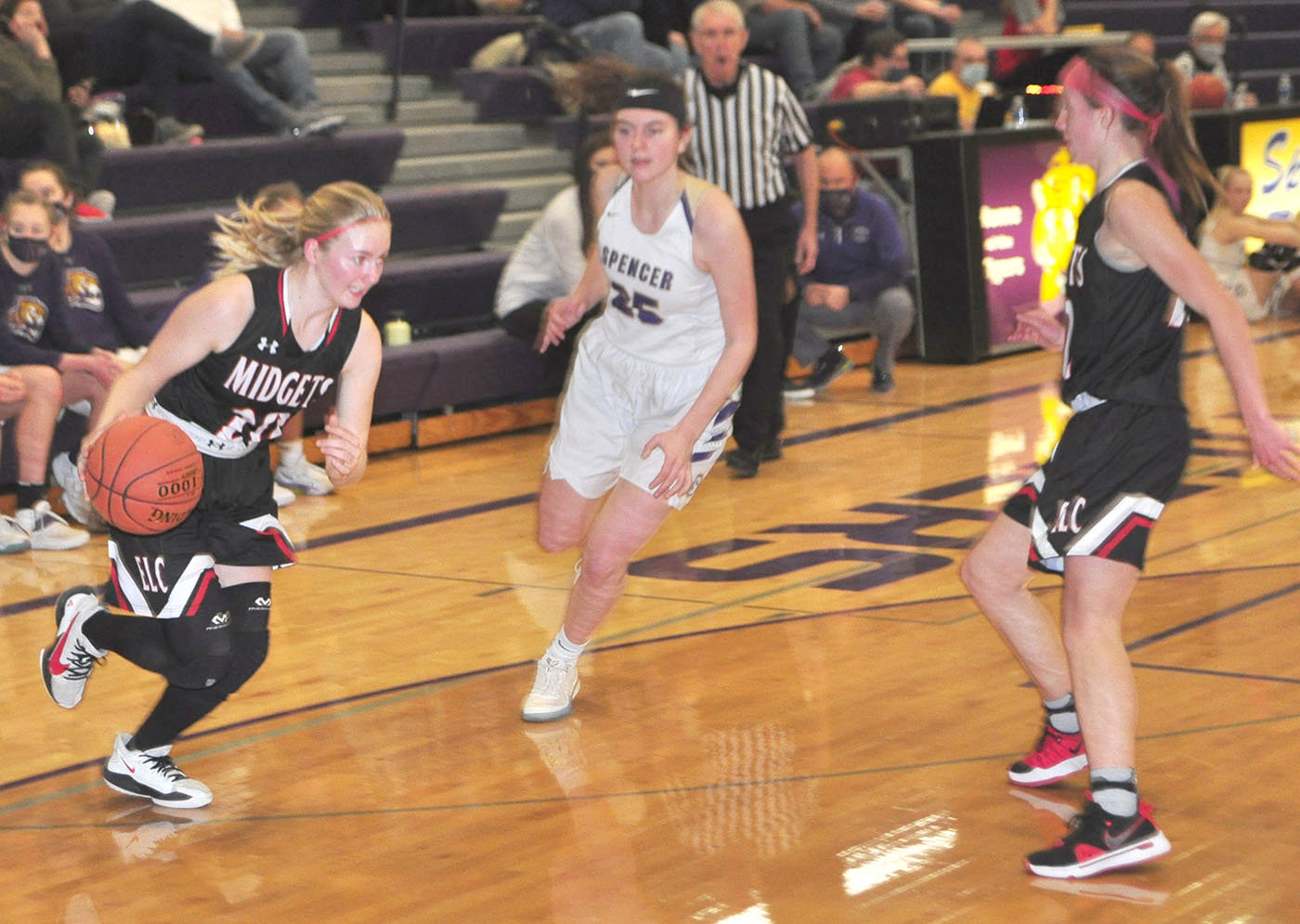 SPENCER — Class 3A No. 10 Estherville Lincoln Central was looking to secure second place in the Lakes Conference standings in the regular season finale, as well as enter the playoffs with some momentum.

Spencer had other ideas, as the Tigers essentially shut down ELC while making shots in the hosts’ 49-33 win.

“Tonight’s game a combination of two things. I thought Spencer played very well. They shot the ball extremely well,” said ELC coach Don Martindale. “We did not shoot the ball well at all. We’re a perimeter team that tries to get to the basket. We just couldn’t get nothing to go. A lot of credit goes to Spencer—they played a very good game.”

ELC started well enough, as Jaydan Nitchals hit a pair of early 3-pointers helping the Midgets to a 9-3 lead. Spencer stormed back to tie the game at 10-10 after one quarter. The Tigers then took the lead in the second quarter and never relinquished it. The hosts led 22-16 at halftime and 34-23 to start the fourth quarter.

Nitchals led ELC with 12 points while Jordyn Stokes had 10. Amara Heinrichs had four points, Tatum Dunlavy had three, and Kaitlyn Tendal and Jasey Anderson each had two points.

With the loss, Spencer and ELC finish the season tied for second in the Lakes Conference standings with identical 7-3 records. Cherokee won the league title, going undefeated at 10-0.

Up Next - the playoffs

“Our region undoubtedly the toughest region in the state in Class 3A,” said coach Martindale. “Garner-Hayfield reminds a lot of Spencer. They shoot deep threes, they mix up defenses. They’re long. They’re athletic. It’s going to be a very tough game for us. We’re really going to have to play well to compete with that.”

Game time Saturday is 7 p.m., at the ELC High School gym. The winner will play either Forest City (15-7 overall) or Clarion-Goldfield-Dows (17-3) at 7 p.m., Wednesday at Estherville.