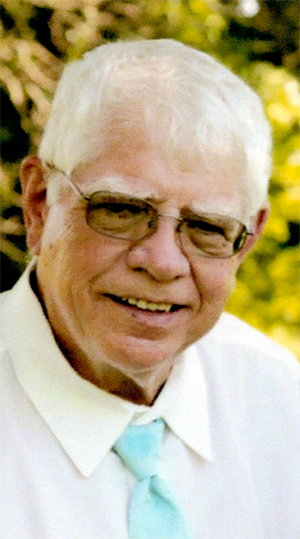 Funeral services for Donald G. Richard-son, 73, of Esther-ville, will be held at 10:30 a.m., Tuesday, March 23, 2021, at Grandview Baptist Church in Esther-ville with Pastor Dan Winkowitsch offici-ating. Interment will be at Oak Hill Cemetery, Estherville with military honors by VFW Post 3388 and American Legion Post 91. Don’s family requests you wear gray to his ser-vice in honor of the Gray Matters Foundation. Don passed away on March 19, 2021.Visitation will be from 5-7 p.m., Monday, March 22, at the Henry-Olson Fu-neral Chapel in Estherville.Donald G. Richardson, the son of Gerald and Jea-nette (Monk) Richardson, was born on September 15, 1947, in Jefferson, Iowa. Don attended Estherville Schools before enlisting in the United States Navy in 1965. He was honorably discharged in 1968.He worked for John Mor-rell & Co. for 10 years and as a truck driver for Bla-chowske & Fortune Truck-ing, he retired in 2011.Don married JoAnn (Clark) Widdel on August 12, 2012.He was a mem-ber of Grandview Baptist Church, the VFW, enjoyed mo-torcycles, cars, put-tering around in the garage and spending time with his family.Don is survived by his children, Brian Rupp of Windom, MN, Luke Rich-ardson (Amber), of Spirit Lake, Apryl Richardson (Matt) of Spirit Lake, and Melissa Quitevis (Rocky) of Des Moines; nine step-children; 14 grandchildren; sisters, Kathy Nordhausen of Estherville and Bonnie (Dennis) Davis, of Esther-ville; sister-in-law, Phyl-lis Richardson; nieces and nephews, and a special friend, Marie Grems, of Es-therville.Don is preceded in death by his wife, JoAnn Rich-ardson, his parents, Gerald and Jeanette (Monk) Rich-ardson, his brother, Daniel Richardson, nieces Allisha Davis and Terri Jager; and great-nephew, Elijah Chad Norhausen. Online condolences may be left for Don’s family at HenryOlsonFuneral.com