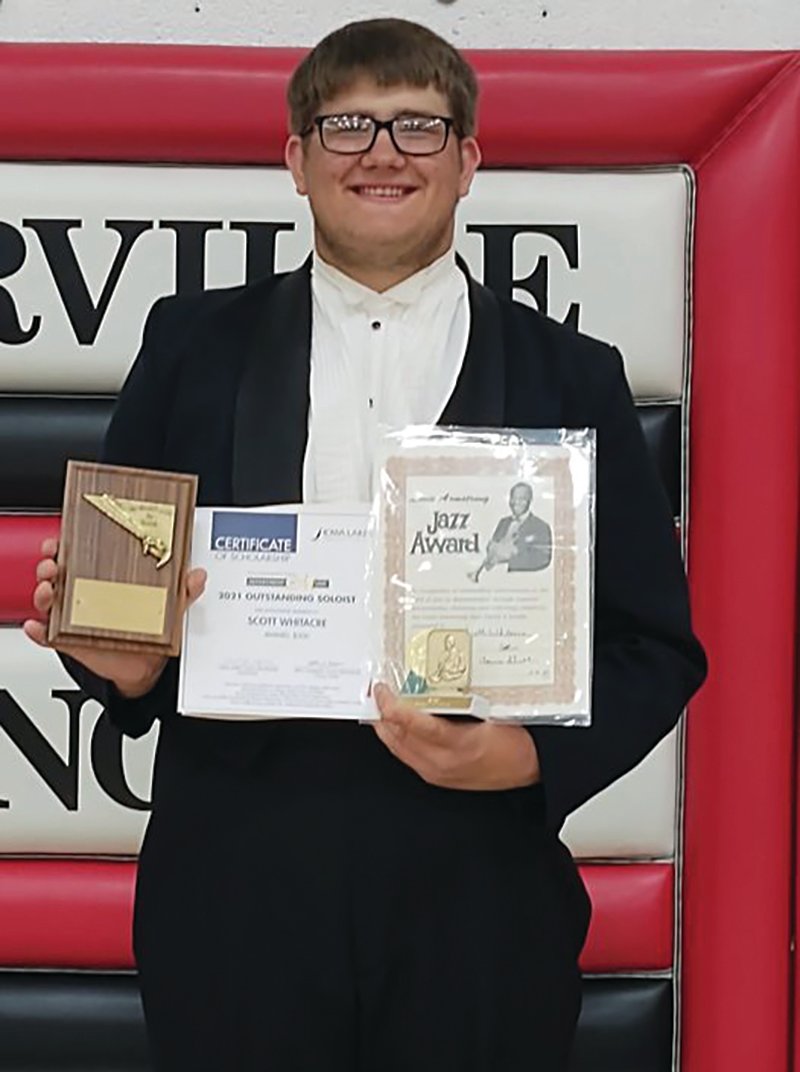 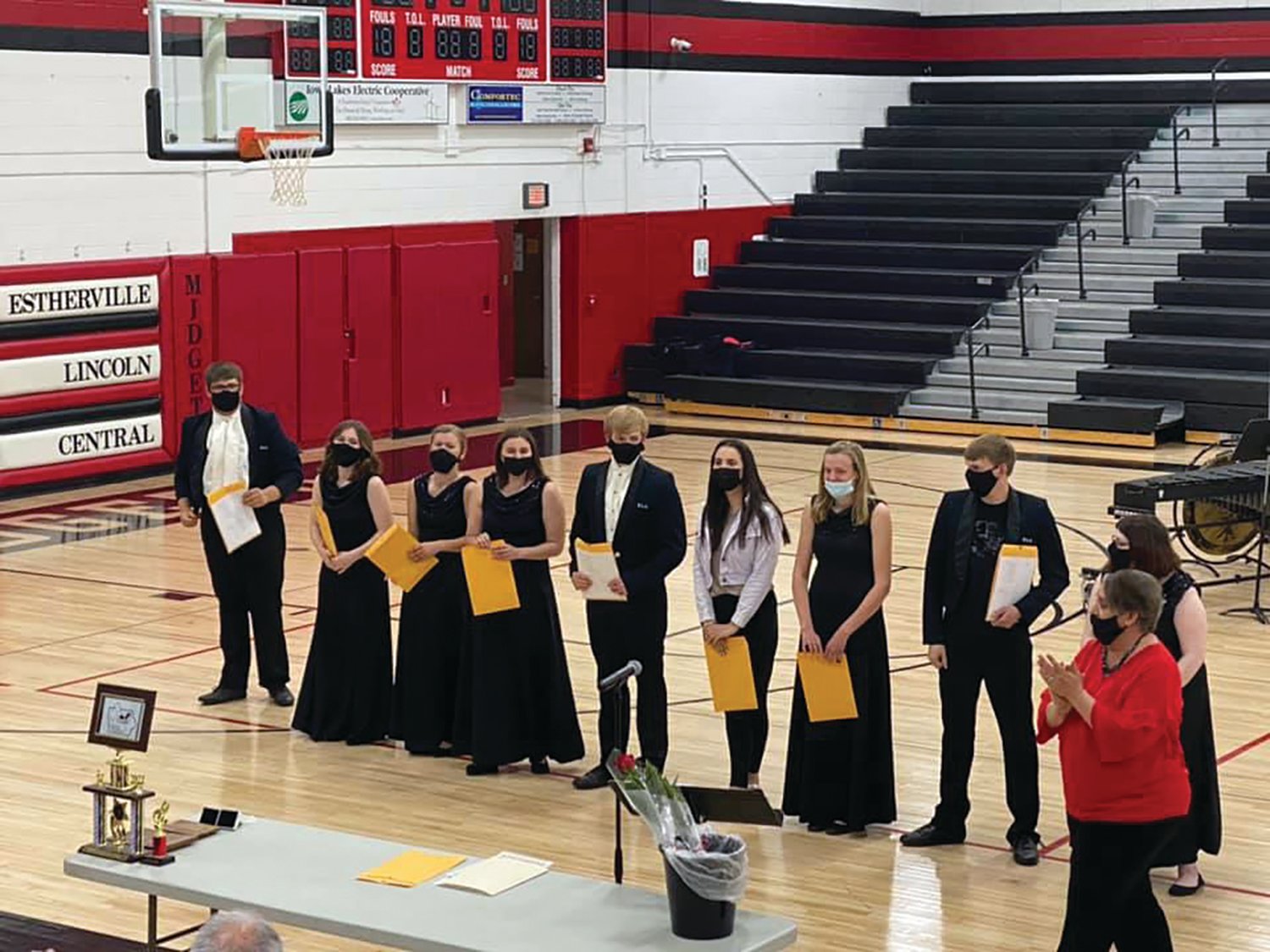 Scott Whitacare was honored with Outstanding Soloist Award from Iowa Lakes Jazz band competition along with a $500 music scholarship, a Director's Award for choir and the Louis Armstrong award for band. Whitacre plans to attend Iowa Lakes Community College.