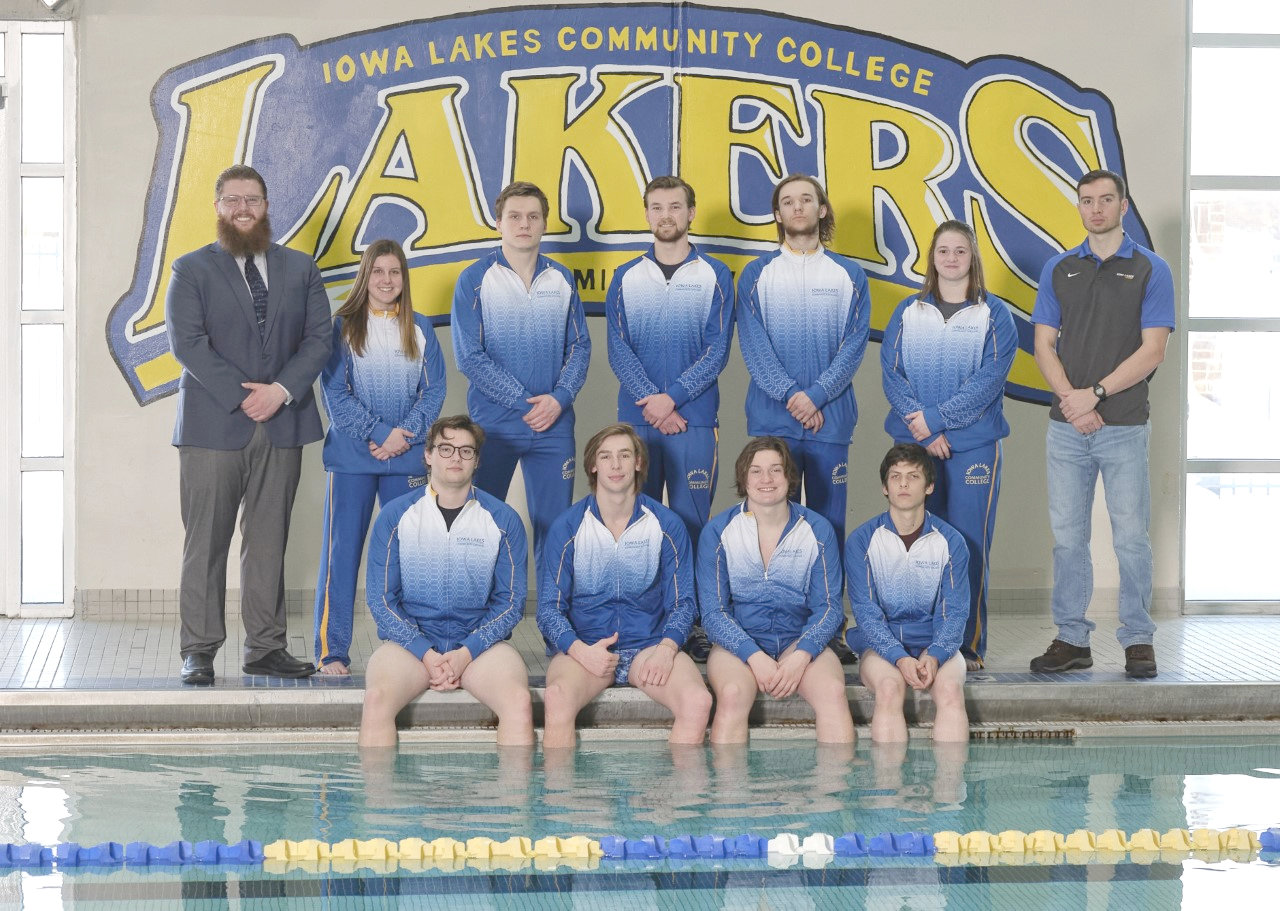 Iowa Lakes Volleyball Coach, Mike Turnbull is proud to announce the signing of Brooke Wright a 5”11” Hitter from Mansfield, Ark. Wright comes to Iowa Lakes following a stellar academic and athletic career in high school. She will compete at all three hitting positions for the Lakers and pursue an A.A. Liberal Arts Degree while at Iowa Lakes.

Turnbull also recently announced the signing of Tyler Harry a 5’8” Hitter from Clyde C. Miller Career Academy in St. Louis, Mo. “Tyler is a multi-faceted hitter. In her four year career she has played OH, OPP & MB and excelled,” said Turnbull. “She has led her team in blocks, was named to the PHL All-Star Team and was awarded a MVP Award and Rising Phoenix Award. Tyler has also participated in track and basketball.

The Iowa Lakes Swimming Team will be competing at the National Tournament April 28 through May 1 in Fort Pierce, Fla.  Each day starts with preliminary races for each individual event and then finals and relays competing in the evening.

Each athlete may compete in a maximum of four events.

The Iowa Lakes Softball team dropped two games to Des Moines Area Community College on Tuesday. The Lakers lost game one 7-3 and game two 21-1. The Lakers are now 20-18 overall and 20-16 in conference.

On Sunday, Iowa Lakes took two losses in the final two games of their series against Kirkwood Community College. The Eagles took game one 6-4 and game two 7-2.

The Lakers were home on Wednesday against Iowa Western. They host a four-game series with Marshalltown this Saturday and Sunday.

The Iowa Lakes Baseball Team lost two games Tuesday to DMACC by scores of 12-1 and 14-4.

Iowa Lakes (5-44) hosted Iowa Western on Wednesday. The Lakers travel to Marshalltown for a doubleheaders this Saturday and Sunday.