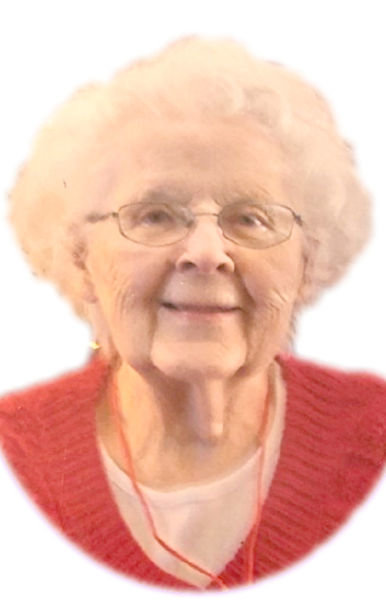 Janette was born June 9, 1924, to Julius and Bertha (Spotts) Skow. She attended Graettinger Community Schools and graduated in 1942. After high school, Janette moved to the Los Angeles, CA area. She and her sister, Marjorie, traveled by train to LA to explore job opportunities and to experience life in the city. They resided with an aunt during this time and enjoyed the excitement and bustle of LA.

Janette later returned to Graettinger to help take care of her father, Julius, after he suffered a stroke. She worked at his local insurance agency in Graettinger, helping with his business over the course of the next few years.

During this time, she became reacquainted with Joe Green, who had served in WWII in the US Air Force and had returned to the Estherville area following the war. Janette was united in marriage to Joe Anderson Green on Nov. 28, 1948. The couple was blessed with seven children: Joe, James, Debra, Dana, Barbara, Becky and Brian. They made their home in rural Estherville, then moved to Graettinger in 1970.

Janette was a dedicated wife and mother, while also working as a bookkeeper at the Terminal Coop in Graettinger for many years. After Joe's sudden death from leukemia in 1977, Janette spent many evenings gardening, reading, and doing crossword puzzles. She taught her youngest son to drive on their many summer evening trips to the cemetery to visit Joe's grave and attend to the flowers and bushes planted there.

Janette was very loyal, protective and devoted to her loved ones. She was softhearted, yet strong in times of need; she was the consummate "team player," to help in any way, yet a leader in times of crisis - problem solving and solutioning to find a way to make things work. She was the glue that held things together. Janette was an eternal optimist who never complained. Her positivity and bright spirit served her well into her final weeks - her pleasant demeanor and smile defined her.

Janette enjoyed discussing politics and never missed her morning newspaper. She was a natural numbers person - in her early days as a teen, she worked at the local grocery, tallying the orders in the "old school" fashion. Then, working at her dad's insurance agency she continued to hone these skills. She provided income tax preparation services for many years to help support the family. Janette later found her place as a bookkeeper at the grain elevator and continued this role on a part-time basis well into her retirement.