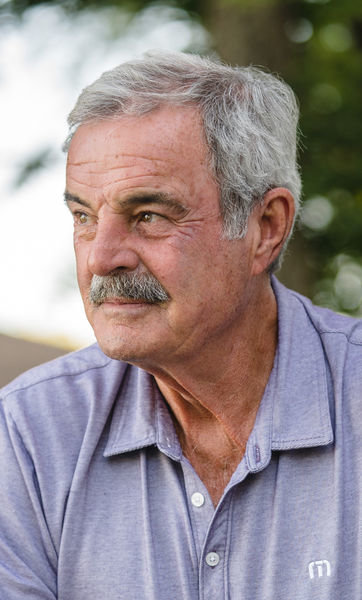 Fairmont, Minn. - Services for John "Jack" W. Rooney, age 69, of Fairmont, MN, will be held at a later date. Interment will be in Tenhassen Township Cemetery, rural Ceylon, MN. Jack passed away on Tuesday morning, April 14, 2020, at his home. The Lakeview Funeral Home in Fairmont is assisting the family with arrangements. Memorials are preferred to the donor's choice.

John "Jack" William Rooney was born on October 2, 1950, in Estherville, IA. He was the son of William and Catherine (Kollasch) Rooney. He attended Armstrong, IA, public schools and graduated from Armstrong High School.

Jack enlisted in the Air Force on February 25, 1970. He was stationed at the Davis-Monthan Airforce Base in Tucson, AZ, before earning his honorable discharge on October 12, 1971.

On June 22, 1972, Jack was united in marriage to his childhood sweetheart, Debra Clark at St. Mary's Catholic Church in Armstrong. The couple resided in Armstrong before moving to Fairmont, MN, in 1975. This union was blessed with two children, Todd and Jamie. Jack and Debra shared over forty years together before Deb passed away on October 3, 2012, as a result of a motor vehicle accident.

On August 6, 2016, Jack was blessed with finding true love for a second time and was united in marriage to Marcia Draper in Fairmont, MN. The couple resided in Fairmont.

Jack worked as an Auctioneer with Clark Bros Auction Company. More recently, Jack co-owned Rooney and Howell Auction Company with Larry and Mark Howell. He partially retired in 2016 but continued to work with Howell and Helmers Auction Firm.

Jack was a member of the Minnesota State Auctioneers Association as well as St. Paul Lutheran Church in Fairmont. During his free time, he enjoyed a variety of outdoor activities such as boating, playing softball, and basketball. Jack most loved attending his kid's football games, cross country and track meets.