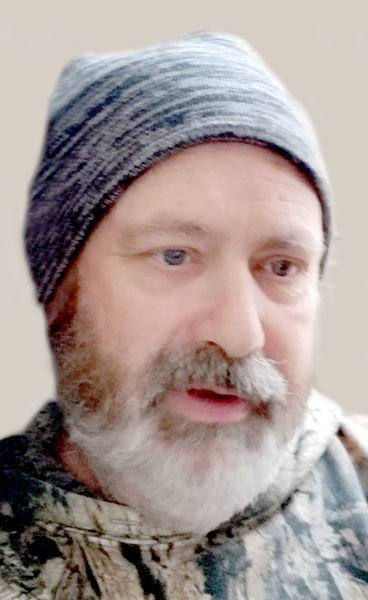 Services for Kent Ewing will be held at a later date.

Kent was born March 15, 1957 to Claude M. and Colleen R. (Higby) Ewing in Burlington, Iowa. He was raised and educated in Forest City, Iowa, graduating from Forest City High School with the Class of 1975. He later attended Westmar College in Le Mars. During his high school and college years, he took a strong interest in music and proudly served as drum major in marching band.

Kent was confirmed at the United Methodist Church in Forest City.

Kent married Debra Luke in 1977. The couple made their home in Forest City, and later in Cherokee, Iowa. To this union, sons Bradley Alan and Andrew Jared were born. He later married Julie Feather in 1987, and to this union, son Cory Scott was born.

Kent was an avid outdoorsman. He loved hunting, fishing and especially archery. These passions led him toward one of his most treasured occupations, in sales at Jacobson's Gun Center in Story City. He worked in a variety of other industries over the years, including restaurant management, construction and in retail sales.

Kent was preceded in death by his grandparents and his father, Claude Ewing, in 1994.