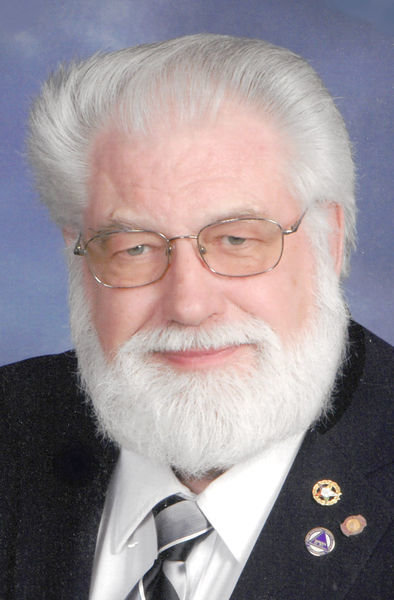 Larry Lee Amdahl, age 78, died at Mayo Clinic Hospital Rochester, Saint Marys Campus on Thursday, February 6, 2020. He was born September 5, 1941, in Estherville, Iowa to Gilbert and Hattie (Manthey) Amdahl. Graduated from Estherville High School in 1960, attended Iowa Lakes Community College, Estherville and Mankato State University, graduating in December of 1967. Larry served in the USMC during the Vietnam era, 1963-1966, and was honorably discharged as a Corporal before returning to finish his senior college year. He was employed by the State of Minnesota from January, 1968 until his retirement January 1, 2000 in the Audit Division of the Department of Revenue. Larry was a spiritual man who loved his family and his church and was proud to have served his country. He enjoyed a trip to Vietnam in 2018 with his sons, Sam and Ed and a trip to Israel in 2015 with son, Sam. He was an active member of the community, Westminster Presbyterian Church, the Masonic Lodge, Salvation Army and was a faithful contributor to causes serving humanity.

A memorial service will be held at 2:00 p.m. on Saturday, February 15, 2020 at Westminster Presbyterian Church in Austin. Visitation will be held on Friday, February 14, at Worlein Funeral Home in Austin from 4:00-6:00 p.m. with a masonic service to follow at 6:00 p.m. by Fidelity Lodge #39 AF & AM. Interment will be in Estherville, Iowa on Sunday, February 16. Memorials can be designated to The Salvation Army.

Worlein Funeral Home of Austin is assisting the family with arrangements. Condolences may be expressed to the family online at www.worlein.com.