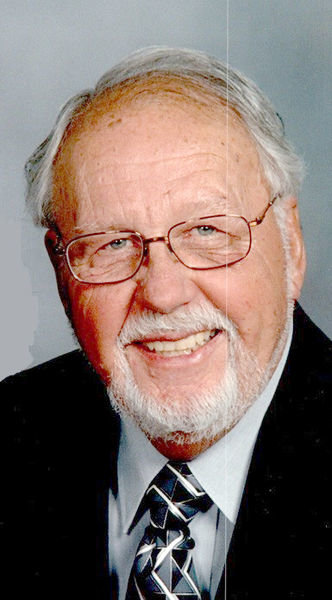 Lester Richard Sidles passed away at Windsor Manor in Estherville, IA on Tuesday, April 7, 2020, he was 84 years old. "Dick" was born October 12, 1935, in Estherville, IA to Lester and Erna (Cooper) Sidles. Dick was their only beloved child.

Due to state and federal guidance on gatherings due to the COVID- 19 pandemic, the family will delay a public memorial service to a later date. Online condolences may be left for the family at www.henryolsonfuneral.com.

One night in 1957 while cruisin' in his '55 Chevy convertible he met a young girl who would be his passenger for life! On April 16, 1960, he was united in marriage to Sandra (Sandy) Kay Kinnard. Together they raised two children, Jeff (Lisa) Wichita, KS and Sara (Michael) Vogelaar of Story City. One of his greatest joys were his six grandchildren: Ashley, Mia (JJ), Alex (Chaalse), Jessica (Stefan), Kelly(Charlie) and Reagan, and five great grandchildren: Gavin, Penelope, Vada, Olive and Idella.

Even when his memory failed, he had a smile on his face when he would see them.

After graduating from Estherville High School in 1954, he attended one year of college at Estherville Junior College, six months at a floral design school in Denver, Colo., and then took an accounting course at Mankato Commercial College. In 1965 Dick was employed by Estherville Federal Savings and Loan (later First Federal) where he worked for 25 years as a loan officer. After the closure of the Savings & Loan in 1990, Dick drove school bus for Estherville Lincoln Central. During this time, he and Sandy built a laundromat in Estherville which he ran until 2014. As a lifelong resident, he was very proud to say he was from Estherville. He was a 50 year member of the Masonic North Star Lodge, served two terms on the city council and was a member of Kiwanis.

Dick loved spending time with his children and grandchildren, playing golf, cruising in his convertible, coffee at Bud's with "the guys", old Western TV shows, eggs benedict, vodka tonics, soaking up the sun and classic cars. More than anything, he loved and cherished his wife of 60 years, Sandy! Dick and Sandy loved to travel the world. They shared adventures in 23 countries and most of the United States. Dick particularly enjoyed their trips to Germany. For those that knew him best, you know he always had a clever saying or special nickname for you. His favorite parting words would always be, "Don't take any wooden nickels!"