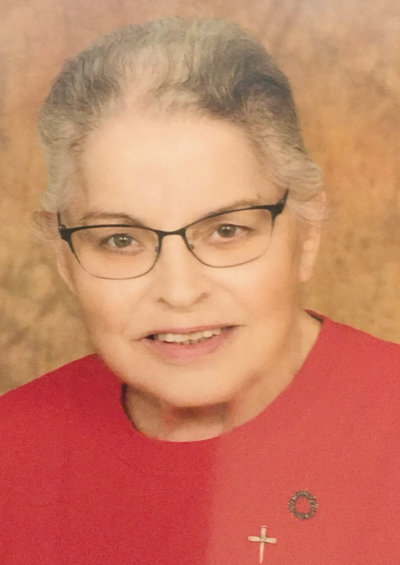 Lorine D. (Hill) Meyer was born to Bernard B. and Mary C. (Reiland) Hill on December 31, 1931 on a farm in Woolstock township, southwest of Clarion, Iowa, the eldest of five children. She was baptized and made her First Communion in St. Joseph's Catholic Church southwest of Clarion and Confirmed in St. John Catholic Church in Clarion. Lorine attended Wright County rural schools, St. John Catholic School and Clarion Public School system. She graduated from Clarion High School in 1949.

On September 24, 1949, Lorine and Clair O. Meyer were married in Clarion and they moved to Webster City, Iowa where three children were born, Juli, Bernard and Peggy. On September 24, 1954 they moved to a farm in Wall Lake Township in Wright County, where she was a farm wife, Super Value grocery store cashier and bookkeeper at Hagies through harvest in 1965.

They moved to Clear Lake and Fort Dodge where Lorine worked as a receptionist and bookkeeper until 1969. In the fall of 1969 they operated the airport in Okoboji in the summer months and a snowmobile shop in the winter months where she was bookkeeper and sales. In October of 1972 they moved to Estherville where they operated the airport and Lorine did everything but fly planes until the middle of 1978. Lorine worked at a trucking firm as a bookkeeper and as a Census taker in 1980. October of 1980 they moved to Alabama where Clair built a plane for a man through January 1982. In February 1982 they moved back to Clarion where she was bookkeeper, treasurer, inventory control and cover sewer in the manufacture of ultralights and the restoration of wooden boats. Lorine also worked as a waitress, a packer, receiving and returns clerk at Meredith / Neodata.

Lorine was a member of St. John Catholic Church, where she was very active. She was also active in ECHO, Meals on Wheels and Senior Citizens. Lorine was a past member of EAA, Antique Airplanes Assn, Antique and Classic Boating Society and Clear Lake Chapter of ACBS.

She especially enjoyed her family and participating in all their activities and reading.