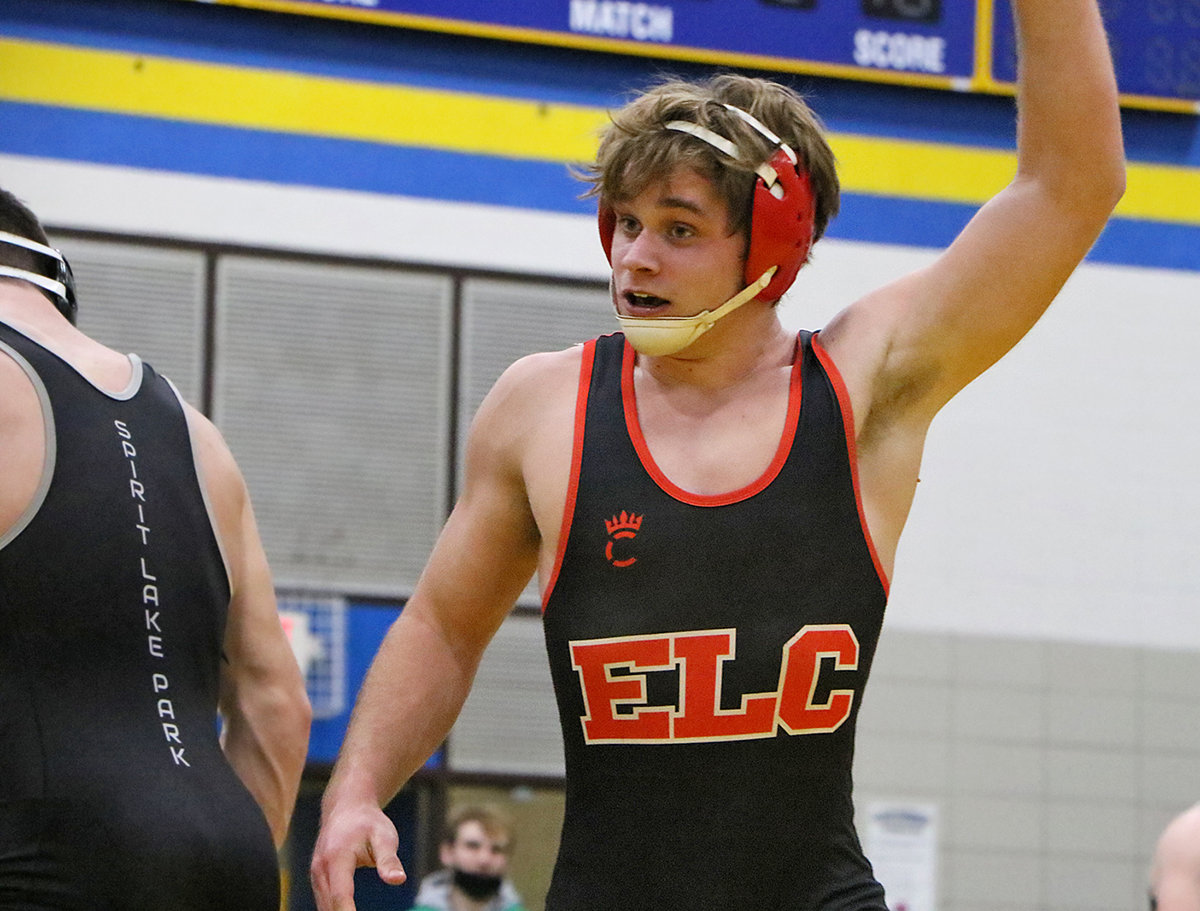 HUMBOLDT — Garrett Paulson did what he needed to do at Saturday’s Class 1A District Wrestling Meet in Humboldt to earn a trip to state.

In the semifinal match, Paulson dominated Lathe Muench of Southeast Valley, leading 4-1 after the first period, 7-2 at the end of the second and ending with a 17-4 major decision.

That set up a final against Colin Muller (31-6) of Osage. Muller scored a takedown in the first period and a reversal in the second to lead 4-0. Paulson escaped, but couldn’t score in the final period, as he lost 4-1.

“That was a tough kid, so a match we’ll try to flip if we meet him again,” said ELC coach Lee Hansen.

That sent Paulson in to the wrestleback against Spirit Lake Park’s Bryan Leathers (21-10)—the third meeting between the two wrestlers in the last three weeks. Paulson defeated Leathers at the Lakes Conference Meet 12-9, and won 8-3 the previous week at the sectional in Spirit Lake.

“Garrett’s been grinding away all season long,” said ELC coach Lee Hansen. “It feels good to finally get him to state.”

The Class 2A First Round session starts at 6 p.m., Thursday at Wells Fargo Arena in Des Moines.