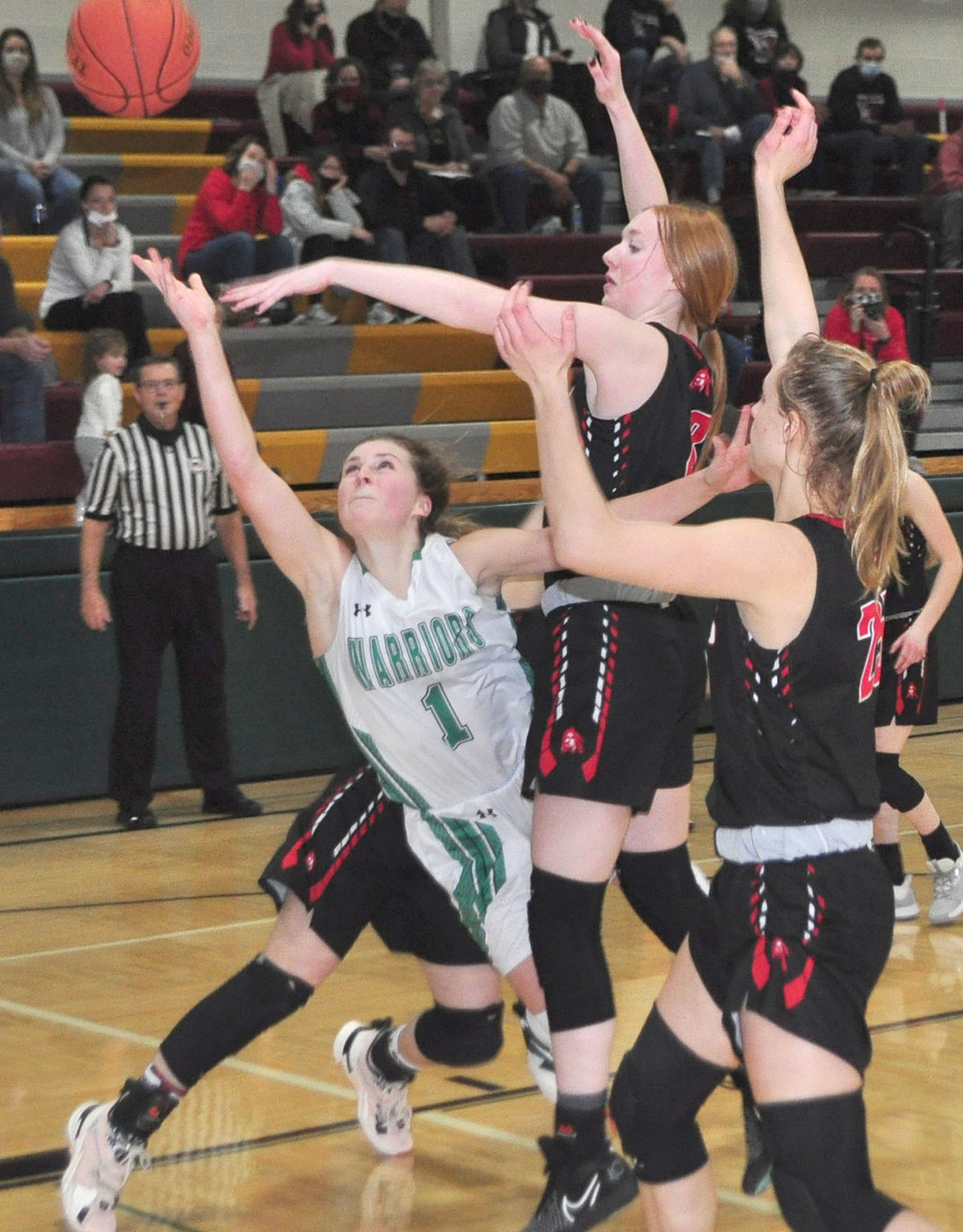 ARMSTRONG — If you have to make just one shot, it’s great when it’s the game winner.

Pocahontas Area senior Ellie Melohn hit a 3-pointer with 5 seconds remaining to give the Indians a 42-40 lead over North Union in regional basketball on Tuesday.

After a time, the Indians kept their full-court pressure that had given the Warriors problems. North Union senior Vanessa Von Bank did not get a good look as she split between two defenders to thrust up a potential game-winner that clanked off the rim.

North Union had its chances Tuesday. The Indians took their first lead of the second half, 39-37, with 2:15 remaining int eh game. Two free throws by Olivia Von Bank tied the game at 39-39 with just over two minutes remaining.

After a couple missed opportunities by both teams, North Union’s Cassie Beadle came up with a steal near mid-court and was fouled on her layup attempt with 19.6 seconds on the clock. She made one free throw as North Union took a 40-39 lead.

Melohn, who entered the game after teammate Carly Janssen had fouled out on the preceding play, set up in the left corner, as Akaysa Duitscher drew the Warrior defense to her on a dribble drive. Duitscher kicked the ball out and Melohn’s shot swished through.

North Union didn’t help itself by shooting just 35 percent (7-of-20) from the free throw line. Forest City was just 2-of-8 from the charity stripe.

Also junior starter Sam Nielsen had gone to the tbench with 7 minutes left in the game, icing an ankle that she had injured in the first half.

North Union took an early six-point lead, 13-7, in the first quarter when Pocahontas scored the next five points to cut the deficit to a point. Olivia Von Bank then hit a basket at the buzzer for a 15-12 Warrior lead.

The Warriors led 19-12 with 4 minutes left in the second quarter,but he Indians kept up the pressure and rallied to lead 23-20 at the break.

Baskets by Olivia Von Bank and Vanessa Von Bank to start the third quarter returned the lead tot he Warriors. They hung on to a 32-30 lead to start the final period.

Duitscher led Pocahontas with 12 points and Abby Oberhelman had 10.

As the lone senior, Vanessa Von Bank suited up for the final time for North Union.