Billings sworn in as mayor 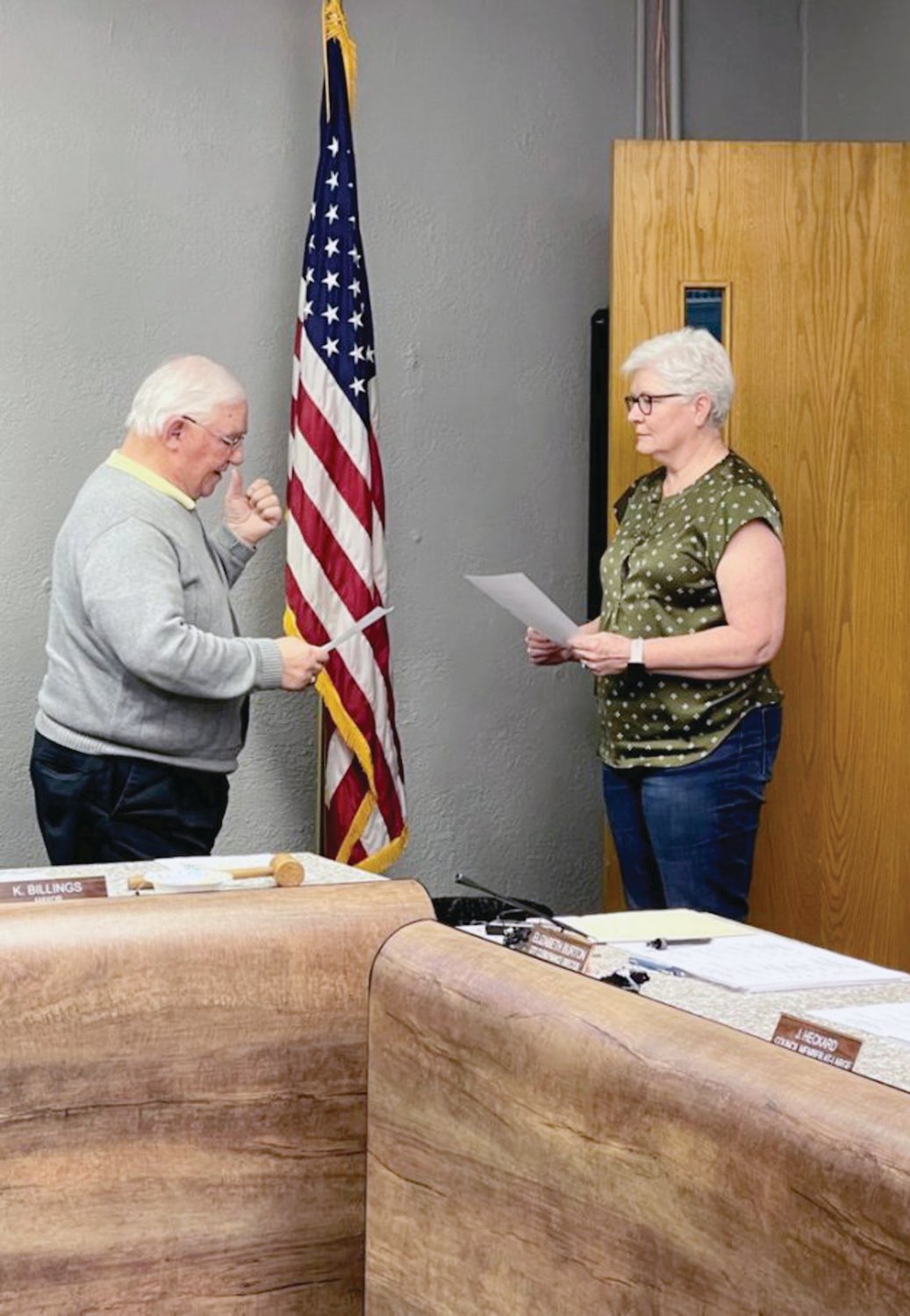 City clerk Beth Burton delivers the oath of office to Kenny Billings for a two-year term as mayor of Estherville. Billings previously told the Estherville News he is willing to serve the community once again for two years until the next mayoral election.
Photo by Amy H. Peterson
Posted Thursday, February 10, 2022 7:56 pm
By Amy H. Peterson - Staff Writer

At Monday evening’s Estherville City Council meeting, county auditor Amy M. Sathoff outlined the process for Estherville to become a Chapter 45 city for municipal elections. Currently, Estherville is a runoff city in which a winner in the general election is named only if a candidate receives the total votes cast +1, divided by two, equaling a simple majority of the votes. This becomes a problem if there are three or more candidates for a seat, and in cases of a significant number of write-in votes.

Sathoff said a Chapter 45 status would not have helped in the most recent mayoral election in which incumbent mayor Joseph May won the election, though he resigned from his position just before the election due to relocating for a new job. A Chapter 45 status allows cities to have the regular city election as the only municipal election held. There is no primary and no runoff.

Former mayor Kenny Billings received write-in votes in the election, and once the city council decided to hold a special election instead of making an appointment to serve out two years of May’s term, Billings was elected as mayor. City council member Ann Goebel also ran for mayor.

Sathoff said the special election cost the city $3,910.74. The county charges the city for expenses in a city election, other than the time of election workers and Sathoff, the election commissioner. By having all voters in one polling place, Trinity Lutheran Church, the election was a bit less expensive, requiring only seven precinct workers instead of 15.

The city council also accepted the canvassing of the 2022 city election and recorded the same in the official minutes of record.

Anderson signing with ISU is a community event